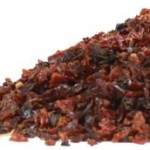 You can purchase Organic Rosehips in bulk through The Apothecary Online along with other herbs and health products.